The Rugby League World Cup for Dummies: A Tourist’s Guide 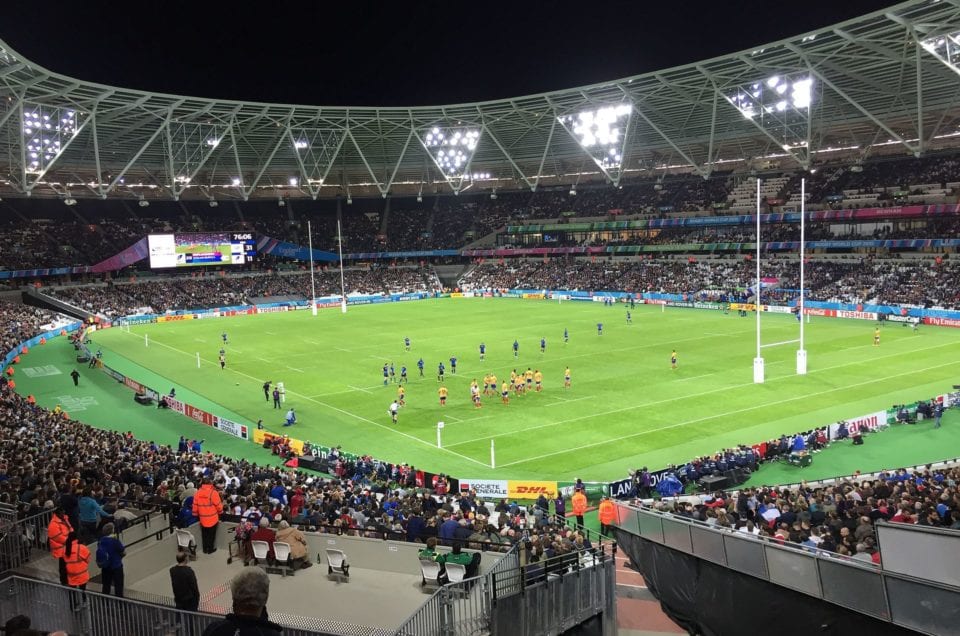 The Rugby League World Cup (RLWC) is an event that is widely anticipated by local and foreign tourists alike.

Even if you’re clueless about rugby, the magnitude of the event is a strong enough reason to get yourself to New Zealand this October.

Historically, New Zealand has a beaming history of hosting successful major sporting events with one of them being the Rugby League World Cup.

In 2017, the country co-hosts the competition to showcase New Zealand’s beauty as well as its warm community and hospitality.

What is the Rugby League World Cup? The history behind the competition is interesting; The Rugby League World Cup was first campaigned in 1935 by a group of French Rugby League board members.

Paul Barriere, the President of the French Rugby League, gave the idea life and in 1954, France hosted the first ever RLWC after years of unofficial play and lobbying.

Where and when will the RLWC be hosted in New Zealand?

New Zealand will host seven matches, two of them being quarter-finals and one semi-final. The matches will be spread among four cities: Auckland, Hamilton, and Wellington in the North Island with Christchurch being the sole city in the South Island.

RWLC will be held from October to November which is Spring in New Zealand – often referred to as the best season to visit the country as the landscape looks best in Spring.

All of New Zealand’s matches will be played in the country against visiting teams from Tonga, Samoa, and Scotland.

What countries are participating in the competition?

21 games will be played in the first three weeks of the tournament. After that, the finals will also be hosted over three weeks. The participating countries are divided into four groups. Group A to Group D.

Australia, England, Lebanon, and France are in Group A, with the top three sides going through to the quarter-finals. Group B features New Zealand, one of the favourites to lift the title, along with Samoa, Tonga, and Scotland.

Group C features Papua New Guinea, Wales, and Ireland while Group D includes Fiji, the US, and Italy. Both of these groups have a distinct difference; they only consist of 3 teams rather than 4.

Hence, there will be an inter-group match for each team to make up the deficit of only having three teams.

How can I attend the event?

To attend the matches, you’ll need to buy tickets for the match that you are interested in watching.

Rugby League World Cup tickets are extremely affordable compared to other sporting events. Tickets start from as low as $20 for adults and $10 for kids. There are also discounts for disabled individuals and individuals with special needs.

What is there to see in New Zealand?

Despite being a country with large land masses, New Zealand is packed with wonderful sights and memorable activities – New Zealand gives visitors the chance to enjoy their visit for the tournament.

With beautiful host cities like Auckland, Wellington, and Christchurch, it would be extremely wasteful for you to not enjoy New Zealand during the tournament’s downtime.

If you are an adventurous traveler, rejoice! There is an abundance of extreme activities such as bungee jumping and white water rafting to get your blood pumped up.

If you’re a fan of relaxing and calm atmospheres, New Zealand’s famous hot pools and vineyards mixed with fabulous food will keep your excitement levels high during your visit.

Here are some of the places that you should visit during the RLWC: Kaikoura is famous for its diverse range of rare and exotic ocean life. The endangered Bryde’s whale species is an example of marine life that can be found on Kaikoura.

Kaikoura is also one of the only places in the world where you’re able to spot magnificent sperm whales. Being one of the largest of the whale species, these sperm whales dive deep into the ocean to eat.

These sperm whales can be seen jumping out of the water elegantly all year round in New Zealand. If you’re lucky, you may even spot killer whales and humpback whales in the island.

Don’t forget about the dolphins too! They can be spotted all year round and you even have to chance to swim along with these majestic creatures.

Being one of New Zealand’s most famous walking trails, the 53 km journey is a must for travel enthusiasts who are keen to catch New Zealand’s beautiful sights.

The trail leads you to tall suspension bridges, lengthy walks, and a gorgeous mountain pass. You’ll be able to bask in the view of pristine lakes and gigantic mountains along the way. Along the way, you’ll also come across Sutherland Falls, the tallest waterfall in New Zealand.

Embarking on the Milford Track trail is great on sunny days but to experience it best, walk when it rains. You’ll be able to truly the natural atmosphere of water running down the track’s mountainsides and experiencing the magic of the Milford Track.

Being a massive 290 km in length, Whanganui River is one of the longest rivers in the country. Canoeing and kayaking are must-do activities here as you flow through 145 kilometres of wonderful views and peaceful atmospheres.

Whanganui River is also a part of New Zealand’s Great Walks, but the journey along this river involves getting yourself into the water rather than walking.

This 5-day journey takes you deep into New Zealand’s peaceful forests where you’ll be able to spot exotic birdlife and native animals that live the edges of the river and forests. From beautiful river streams to enchanting forests mixed with terrifying but magnificent geysers, Rotorua is another place that you will regret missing out on. The city offers attractions that are similar to other places in New Zealand except for one.

Located within the Pacific Rim of Fire, Rotorua is famous for its geothermal activities with clouds of steam and natural bubbly hot springs that are perfect for you and the family to relax in.

After a long day of enjoying the volcanic activity in Rotorua, treat yourself by having a soak in Rotorua’s natural hot springs; there are also multiple private spas in Rotorua for you to have a getaway.

From an 8-day North Island private tour that covers the very best of the North Island, to a 16-day adventure in New Zealand’s South Island, we’ve got your traveling needs covered

We’ll be more than happy to discuss your interests and the length of your stay, before putting together an itinerary that is tailored exclusively for you. Click here to learn more.