Exploring New Zealand takes on a whole other dimension for movie fans. As a movie fan, you get the extra thrill that comes with being in a location you recognise from one of your favourite scenes. New Zealand is known as “Middle Earth” to many, since the release “the Lord of the Rings” and “The Hobbit” movie trilogies. Since the release of these blockbuster movies visitors from all over the world have flocked to New Zealand to take in the majestic scenery showcased in these films.

But, the beautiful and varied landscape that offers filmmakers endless scope for filming locations has led to a myriad of films being made in New Zealand. Some backdrops you might not even realise are in New Zealand. Here is a guide to New Zealand for movie fans covering some of the most famous movies and where they were filmed.

Lord of the Rings

Let’s start with the most obvious. The Lord of the Rings Trilogy was filmed all over the country, so there are a lot of places to visit. Related: check out our 8 Day South Island Lord of the Rings Private Tour. The village in the movie starring Tom Cruise is in the Uruti Valley in the Taranaki Region, near to the town of New Plymouth. The public road takes you 600 meters from the site, and the station down the road offers tours of the village for a charge.

The Chronicles of Narnia

The most memorable filming location is Cathedral Cove in the Coromandel. Flock Hill in Canterbury was the backdrop of the confrontation between Aslan and the White Witch. Woodhill Forest, near Auckland and Glenorchy in the South Island, are other key locations in the Film. The movie set for this movie set on K2 was filmed at Aoraki Mt Cook, in the Southern Alps and The Remarkables mountain range near Queenstown. All the scenes that were not in the mountains were shot around the beautiful resort town of Queenstown. The giant Redwoods of Whakarewarewa forest, Rotorua provided the location for the 2016 Film (special effects also by Weta Digital). The enchanting forest in this movie can be explored during a visit to Rotorua. Follow the forest tracks on the ground for free or pay to explore the forest canopy from the walkway of suspended bridges. Rotorua is included in some of our Lord of the Rings Tours. There are loads more real-life movie sets to be found all over New Zealand, some more well-known than others. The guides at The Road Trip are experts in finding all the secret spots in New Zealand where Lord of the Rings was filmed, as well as other movies. Many of our Lord of the Rings tours will also take you to areas featured in other movies and we can create an itinerary customised to your interests.

Related: See some of our favourite movie locations throughout New Zealand on the itinerary of our 16 Day New Zealand Lord of the Rings Private Tour.

If you’re planning a trip to New Zealand get in touch to talk about how we can make your adventure even more magical with your own private tour of filming locations from some of your favourite movies. Call us at +64 2191 0433, email us at [email protected] or use our contact form. 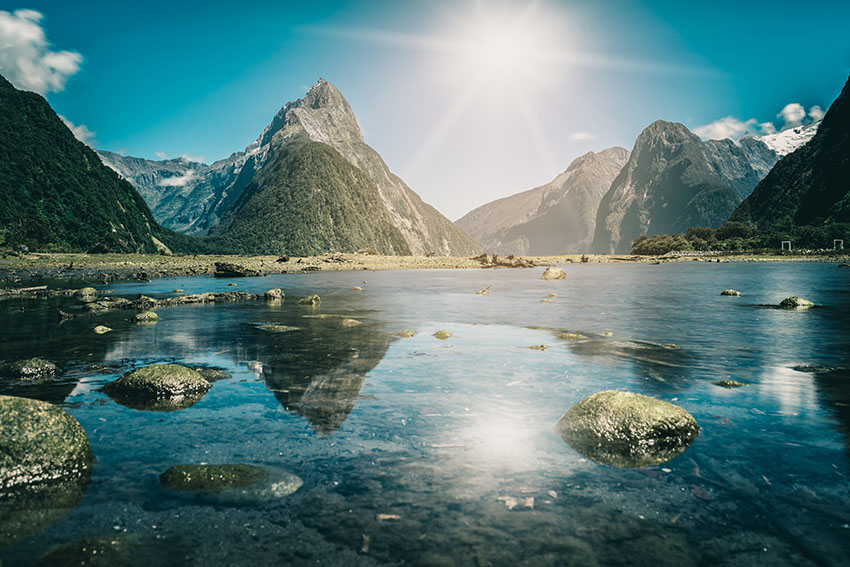 10 Most Picturesque Places in New Zealand Want to Experience the Lord of the Rings in New Zealand? Here’s How!